For 46 years, BP Gelsenkirchen GmbH, formerly Ruhr-Öl-Veba, has been making an active contribution to protecting the environment with the Gelsenkirchen compressed air barrier in the Rhine-Herne Canal. The refinery port is divided into two parts. The western basin runs parallel to the canal and has four berths on the quay wall. There is also a port basin for two ships to the east. A third of the total production of the plant is shipped via this port with four million tons. Most of it is fuel.

This week, the group of divers from HYDROTECHNIK LÜBECK is carrying out inspection work on the Gelsenkirchen compressed air barrier in BP Gelsenkirchen ports GmbH on the Rhine-Herne Canal.

The berths for tankers have been equipped with compressed air oil barriers since 1978. If damage occurs while loading a tanker and oil flows into the channel, it will be stopped by 3 compressed air Barriers. This simple and, at the same time, highly efficient system prevents the oil from spreading on the canal. 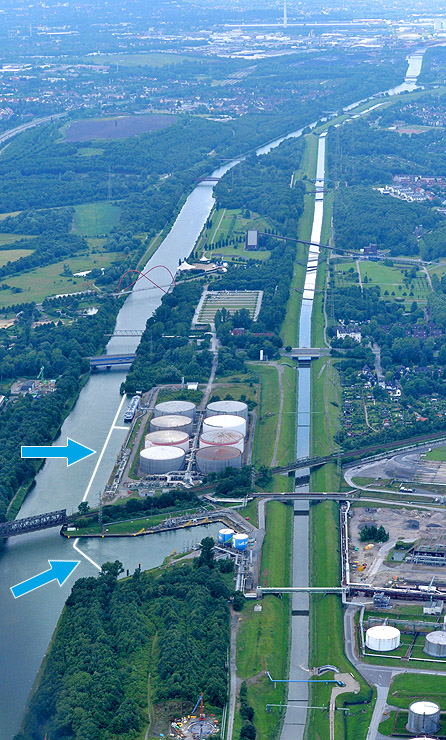